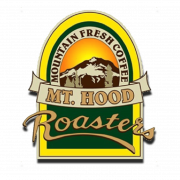 Family is the heart of our business.

is a family owned and operated business in Rhododendron, Oregon, in the shadow of the majestic Mt Hood.

The founders, Rick & Jiyeon Applegate, started Mt Hood Roasters in 2002 when Rick retired from the Army after 21 years of military service.  The Applegate name in Oregon dates back to the 1840’s when the Applegate’s brought families and livestock to the Oregon Territory, built the famed Applegate Trail (Oregon’s southern route) to the Oregon Territory, farmed, surveyed, built businesses and helped establish the regions earliest forms of government.  The pioneer Jesse Applegate is known as one of Oregon’s earliest statesmen.  While Rick is not a direct decedent of the three Applegate families that first came to Oregon, he is a blood relative (cousin) and spent his life celebrating the Applegate family’s adventuring, wanderlust lives marked by their arrival in the US in the 1600’s, helping settle the Kentucky/Missouri area along with the famed Daniel Boone family in the late 1700’s, and then pioneered their way to the Oregon Territory in 1843. Rick’s Great-Aunt & Uncle, Delia Applegate-Anderson and Andy Anderson were also credited with naming the nation’s oldest search and rescue organization, The Crag Rat’s, that hail from Hood River where their home they built in the 1920’s is on the National Historic Register.

It is no wonder why Rick & Jiyeon celebrate everything Oregon through their business nestled on the slopes of Oregon’s most iconic mountain, Mt Hood.  National Geographic Society recognized the GeoTourism value of their operation by publishing this business in the National Geographic MapGuide to the Oregon and Washington Cascades map.  As this map points out, a trip to Mt Hood Roasters takes the visitor far beyond any expectation one might expect while visiting an Oregon micro-roastery.  The modest roasting facility is nestled between the Hunchback and Zig Zag slopes of Mt. Hood along the other famed Oregon pioneer cutoff trail, The Barlow Trail.  Inside the roastery one finds that the roasting machinery was invented by one of the most important names, historically, in the coffee roasting fluid bed air roasting process, Michael Sivetz.  Mt Hood Roasters is where history, the Applegate family, geography, Oregon’s culinary genius…everything great about Oregon meets.

We invite you to browse our website and get to know us.  Through this website you can browse the many online coffees that can be purchased and shipped to you.  Are you looking to raise funds for a cause?  Mt Hood Roasters raises 10’s of thousands of dollars for schools and other non-profit organizations every year. We also have a vibrant commercial sales program for restaurants, office coffee programs, drive thru coffee shops, etc.  Finally, if you like the convenience of auto-ship membership programs you will love our subscription services program (BTW, if you sign up for the auto ship program we will give you a 3 day/2 night stay on Mt Hood). Better yet, swing by on your next trip through the Mt Hood Territory and introduce yourself.   Rick, Jiyeon and the entire coffee team would love to share not only some of Oregon’s finest coffees with you…we would love to help make your trip to Oregon your life’s most memorable coffee experience.

A great promotional tool is our “Private Label” option. Send us a digital photo of your family, business logo, employees, facility, etc. and we will customize a label for you to use as your own “Proprietary Roast” or blend.  It’s also fun for family Christmas gifts, weddings, baby showers or party favors.  Be as creative as possible.  You are limited only by your own imagination.

Mt. Hood Roasters uses a Sivetz Fluid Bed Air Roaster.  In air roasting, the coffee beans are roasted to a specific temperature through hot air and are constantly moving which allow for a more even roast. 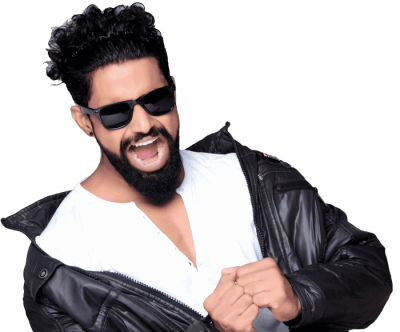 "I've always been a coffee Guy, raised on Dunk'n donuts coffee. I hated Starbucks and had to settle for mini mart and gas station coffee while working in construction. At home we had Folgers. Then one day we tried a little local place that roasted its own coffee. It has been Barlow Trail or Applegate Trail ever since. Thanks Rick for doing what you do. It starts my day off with a smile every morning."
Mike
Welches, OR
"Mt. Hood Roasters is a wonderful example of experiential tourism and combines elements of historical, cultural, agricultural and culinary tourism.... --The Central Cascades Geotourism Project.." --see full review
The Central Cascades Geotourism Project
of Oregon & Washington
"Love your coffee!!! So glad we found your shop on our vacation to Oregon last March."
Dainelle
Morgantown, WV
Mt. Hood Coffee Roasters
Shopping cart
There are no products in the cart!
Continue shopping
0